G.A.I.N. stands for Getting Arizona Involved in Neighborhoods. G.A.I.N. is Arizona’s answer to National Night Out (NNO) which is held in August. Because of the soaring temperatures in August, communities statewide decided to observe NNO in October and call it G.A.I.N. This is a great complement to National Crime Prevention month!
G.A.I.N. is a day of celebration for the successes of crime prevention through community involvement. Block Watches, apartment complexes, schools, neighborhood groups, parks, businesses, etc. across Phoenix participate in events to:

G.A.I.N. is also a day for the police to show their appreciation for those in the community that support our efforts in the day to day fight against crime.
More info at Phoenix Police G.A.I.N.. 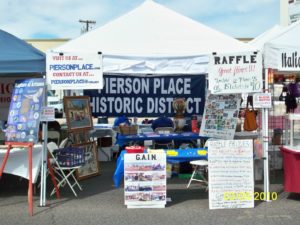